George Washington, America’s First President. He is on the money, was a general, and has a state named after him. What else do you know?

#1 Dead siblings and growing up

3 of George Washington’s siblings died before they were an adult. He did have 6 siblings that did survive past childhood. His father was a Justice of the Westmoreland County Court and the family lived very comfortably.

When elected George Washington received all the electoral votes. Every one. He is the only president to have gotten every electoral vote.

#3 He started the trend of “Mr. President”

Washington preferred people call him Mr. President. He didn’t want to have a noble title and was concerned of turning the presidency into European royalty. The Senate proposed more important names which he didn’t like. Other countries have also called their leader Mister President or Madam President.

#4 He wasn’t in a political party

He was not a member of a political party. Can you imagine a presidential election with an independent candidate? Washington didn’t want political parties and was worried that if they formed they would put the republic in jeopardy. Today with parties fighting it is hard to say he was wrong.

#6 No cherry tree was chopped

#7 Member of the Freemasons

When he was 21 years old he joined the Freemasons. Most of his life he wasn’t a very active member. The Freemasons did build him a monument (Photo above). I forget, is that where the treasure is supposed to be?

#8 Naming things after him

A lot of things are named after him besides Washington State, and the capital, Washington D.C. Other places including: 30 counties, 82 townships (half are in Ohio), 18 cities, and 10 villages.

#9 He died from bloodletting

December 1799 Washington rode around his plantation in the snow. He didn’t change his wet clothes. The next day he had a sore throat, but continued to work and ride around in the snow. Not surprisingly his condition worsened and he couldn’t speak or swallow. Washington believed in bloodletting. Three doctors started to remove his blood. When they stopped, half of his blood was removed. Still sick, he later died that day at the age of 67. From riding around to death took 2 days. 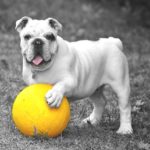 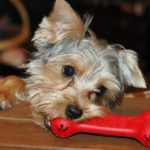